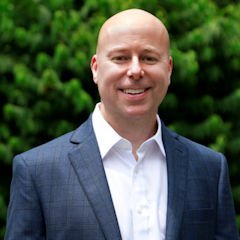 Epigenetic Data Sciences’ (EDS) founder, Andrew Pollack is a business leader, innovator, husband, father, and philanthropist. Born and raised in Baltimore Maryland, Andrew grew up with his parents and two sisters. After high school, he decided to attend University of Maryland’s College of Engineering. While there, he quickly realized his passions lied outside of his major and left to pursue his interest in computing. Through self-teaching, he mastered programming and within two years he was teaching Computer Aided Engineering classes at the Goddard Space Center.

The following year he founded Antek Healthware, a medical software company specializing in Laboratory Information Systems that became a pioneer in the early days of electronic healthcare technology. Antek Healthware entered the laboratory, microbiology, and medical billing spaces with cutting edge software. When he sold the company in 2007, they were the number one selling laboratory management software in the U.S. Andrew’s ability to look at something from a different perspective, and bring upon innovation led him to rapid and continued success.

Throughout his 20 years as the sole owner and President of Antek Healthware, Andrew gained invaluable experience. He worked with tens of thousands of medical professionals, many of which were involved in clinical trials and studies.

During his time at Antek, both his mother and oldest sister had been diagnosed with breast cancer and both had successfully gone into remission. In 2005 his sister was struck by a different form of cancer and Andrew felt compelled to do his own research in an attempt to help with her treatment. Unfortunately, due to the rarity and stage of the cancer, she passed away in 2006.

The following year, Andrew sold Antek and retired at the age of 42 to spend more time with his family. During this time, he continued to pursue his passions in history, finance, and data science. Within a couple of years, Andrew completed his college degree, obtained a Certified Financial Planner designation, and became certified in Data Science.

On November 21, 2014, Andrew’s middle sister received a diagnosis that he and his family knew all too well; she was diagnosed with Stage 4 breast cancer. It was at that point Andrew decided he had to do something, so he came out of retirement. Moved by her desire to fight the disease without chemotherapy, Andrew committed himself to helping her in her journey. For the next two years, he poured through research from around the world. Using new technology and innovative skills acquired from his data science expertise, he came up with a combination therapy plan that has helped her over the years.

After witnessing the positive results of his sister, Andrew founded Epigenetic Data Sciences to help others in their fight against this horrible disease. Andrew’s innovation and passion has allowed him to develop ground-breaking techniques using the latest technology available. For Andrew, this research is personal and he is committed to bringing individuals better and scientifically sound options in their fight against cancer.